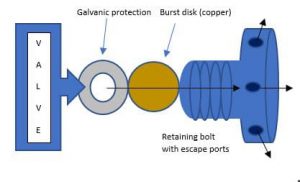 To prevent such an uncontrolled rupture some valves are designed with burst discs or pressure relief devices. A burst/rupture disc is a feature installed on the valve of a cylinder allowing gas to escape in the event of a rapid expansion of the gas stored within a cylinder. Since it is unlikely that someone will be around in the event of a fire to open the valve to vent the gas, something needs to allow the gas to escape prior to the cylinder rupturing.

There are different types and styles of burst discs and relief devices. Some are installed on the valves and others installed directly on the cylinder. Since there are so many options, based on the cylinder content, this article is going to focus on the burst disc. The burst disc is designed with a metal disc weaker than the cylinder material, generally copper. It is a one-time use device referred in CGA document S1.1 as a CG-1 (Compressed Gas Association). Once it activates, all the gas within a cylinder escapes. CG-1 burst disc devices are normally found on the valves of cylinders with contents such as Argon, air, oxygen, helium, nitrogen and carbon dioxide (to name just a few).

In some areas of the world, the valves do not come equipped with burst discs. The thought being that a dangerous gas may accidentally escape from a failing burst disc (European Industrial Gas association). In those areas, when a cylinder may be compromised, people just stand back waiting for the situation to become safe. Some countries try releasing the gas via other means, such as weapons’ fire (Jan Horaa, 2015).  Without an installed burst disc, there is little a person can do to make a cylinder safe from rupturing when the cylinder contents expand beyond a safe limit.

There is a potential concern to be aware. Many valves are designed to be placed in different cylinders with different working pressures. If you take a valve from a cylinder rated at 3000 psi, it should have a burst disc rated around 5000 psi (5/3 or 1.66 times the working pressure). Now, take that same valve, without replacing the the burst disc, and place it in a cylinder rated for 2400 psi. You now have a burst disc rated for 5000 psi when it should have rating of 4000 psi. In the event the gas within that cylinder expands there is a potential that the cylinder could rupture, causing damage, before the burst disc activates. Having the incorrect pressure rating on a burst disc is equivalent to not having a burst disc at all.

A similar concern can happen in reverse. You take a valve and burst disc rated for a 2400 psi cylinder (4000 psi rated burst disc) and place it into a cylinder with a working pressure of 3442 psi. This cylinder should have a burst disk rated at around 5700 psi. If this cylinder is exposed to a catastrophic event, the burst disc will likely rupture far below the rated hydrostatic test pressure, ensuring the gas escapes. However, during normal use or filling, the burst disc is exposed to pressures near its maximum tolerance levels. The burst disc may rupture pre-maturely during a normal filling operation. The decibel level of the escaping gas could place the fill station technician in a deafening environment. There is also the concern that the rapidly escaping gas can cause the cylinder to move or fall over, creating additional dangers.

Since the burst disc is a safety device how often do you replace the device? The only reference in CGA S1.1 is regarding relief devices (CG-7 devices). CG-7 devices need to be requalified or tested 10 years from date of manufacture or documented rebuild. When reviewing information on Burst discs (CG-1 devices) the only reference involves checking for proper operation during the filling process. Whether it’s the CGA, EIGA or Asian Industrial Gas Association (AIGA) none of the recommendations state a specified replacement schedule. The regulations recommend checking the device for obvious impingements or damage which would prevent the device from working properly. But there is no current mandate for replacing a CG-1 burst disc within a specific time frame.

Another concern is knowing if the safety device activated properly. I received a call referencing a consultation regarding a cylinder that was involved in a fire. The cylinder was located in a vehicle that was fully engulfed. After the fire was put out the responders could see the charred cylinders in their storage units. The responders understood that since the cylinders were exposed to fire, their structural integrity was weakened. They preferred to remain safe and wanted to know if the burst disc activated and allowed the pressurized gas to escape. They asked me how they would know if the burst disc activated correctly. Sadly, due to the design of many burst discs, there is no way to tell if the disc activated properly. Unless someone witnesses the sudden release of the gas, there is no way to tell the disc activated without checking the valve or removing the disc. In such a situation, knowing that the cylinder was exposed to fire, I recommended the cylinder be shot with the appropriate weapon/ammunition. It just so happened that one cylinder’s burst disc did not activate, and the cylinder ruptured after being shot. The burst disc is designed to release gas when over-pressurization occurs, but as with all safety devices, there are no absolute guarantees.

Without a burst disc, gases within a cylinder have the potential of expanding beyond the safe working limits of a steel, aluminum or composite cylinder. The cylinder should be fitted with a proper valve, and the proper burst disc should be inserted within that valve based on the working pressure of the cylinder. Since many valves and cylinders are universal in size, it is important that during filling or external inspections, the burst disc pressure has been verified for the specific cylinder. The burst discs should also be inspected for obvious signs of abuse or corrosion and changed when needed. Doing everything possible to ensure a properly working burst disc is a major step in helping to maintain cylinder safety. 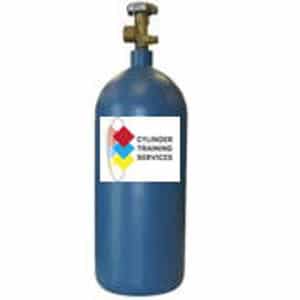 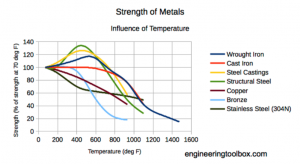