Are Hydros capable of ensuring your Cylinders are safe?

Early attempts of man going under the water involved pumping air into the device being used by the diver in order to breath underwater. Pumping air from the surface was difficult, prone to malfunctions and limiting in depth and motion. The diver could only go as far as the air supply line. Mans ability to move more gracefully under the water improved when the first dive regulator was developed to attach to a cylinder which held compressed air. The cylinder of compressed air was attached to the diver under the water. However, an issue developed involving the cylinder, in that it was not originally designed to be taken under or used continually around water. The issue of cylinders, being exposed to moisture and pressure, created unique and sometimes unsafe situations. Early diving cylinders came into service by converting steel cylinders primarily used above water. Aluminum cylinders were later introduced into diving, specifically by the military, because of their non-magnetic properties. As technology improves, cylinder manufacturers are starting to introduce composite cylinders designed for underwater use, the same cylinders commonly worn on land by firefighters. As technologies improve, and cylinders are exposed to different environments than they were originally intended, the current safety rules may need not be adequate. When people started using cylinders around water they began to have concerns that were not so relevant when the cylinder was used above the surface, in a dry environment. The combination of the metal, moisture and the added effect of a pressurized gas, created greater concerns for corrosion. Corrosion weakens the metal, which becomes a risk when trying to contain a pressurized gas. Metal exposed to moisture will weaken at a faster rate and cause ruptures when containing pressurized gases. When you add the regularity of a steel cylinder in diving it has some unexpected results in regard to the accelerated effects of corrosion. The University of Rhode conducted a study in 1969. They wanted to know the effects of moisture in a SCUBA diving cylinder. They determined that the combination of a ferrous metal, with oxygen, at a high pressure, accelerated corrosion. They found that under higher pressures, a cylinder may develop excessive, unsafe limits of corrosion after only 100 days. They concluded that the current 5 year hydrostatic requalification was not adequate to keep cylinders in the SCUBA industry safe.

The concern was not simply for the exterior of the cylinder. Interior corrosion of the cylinder was also becoming a hazard. Some people falsely believe that because the diver goes in the water, moisture must get inside the cylinder. The gas pressure within the cylinder prevents the water being able to enter the cylinder. If the pressure within the cylinder is greater than the outside water pressure, water can NOT enter the cylinder. If it is expected that moisture entered a cylinder, the dive industry has instructed inspectors to check the interior of the cylinder for the possibility of corrosion before the mandated 5-year requalification cycle.   So how can moisture get inside a cylinder? Another source of moisture can be the compressor used to fill a cylinder and the surrounding humidity in the ambient air. During normal operations, the compressor takes atmospheric air and runs it through a series of valves from larger to smaller. As the air transfers from the larger valves to the smaller valves of the compressor, the pressure increases. However, water molecules don’t compress the same as air molecules. as the air molecules are compressed they can not hold the water which normally accompanies the air. As the air compresses, the water is extracted and is purged by the compressors dump system. Those dump systems must be maintained, and the accumulated water drained on a periodic basis. If the dump system fails, or the compressor system is not purged of the excess moisture, water may enter the cylinder through the compressor system. This moisture can cause corrosion to develop within a normally dry cylinder. When divers began experiencing problems with their cylinders, they wanted to ensure the safest possible protocols. A group of independent dive stores, The National Association of Skin Diving Shops (NASDS) started a program to help with safety. If the diver allowed the store to look inside the cylinder, and check for corrosion, they were given a sticker / coupon which was placed on the exterior of the cylinder. When that cylinder went to another dive store, and the operator saw the that it had been inspected within the past year, they would provide a discounted price to the diver for that air fill. The dive industry, beyond government regulations, began requiring annual visual inspections in addition to the hydrostatic testing requirements. Most governments around the world mandate a 5-year (or less) hydrostatic requalification of high pressure cylinders to determine that a cylinder is safe. On a regular schedule a cylinder is filled with water, placed within a container, also filled with water, and pressurized to 5/3 its working pressure (or 1.66 times it rated service pressure). This amount of pressure causes the cylinder to expand and contract within a specified range. The test is designed to ensure that the cylinder returns to within 10% of its original shape (5% for composite cylinders) and is likely safe for further use. If a cylinder has been weakened by any means, the test should identify this weakness and fail the cylinder. High pressure cylinders are used in many industries and in many environments. However, some of the regulations which are followed for cylinder safety, assume that the all cylinders are used in similar environments. They solely rely on the hydrostatic test process and ignore regular visual inspections. This should not be the case. Between hydrostatic requalification’s, it is recommended to conduct a visual inspection of any cylinder. The visual inspection may help assess damage between hydrostatic test periods. A proper visual inspection requires a person with training to look externally and internally within the cylinder for excessive corrosion. The inspector determines the cylinders use, size and pressure to develop a safe parameter. There are some limits of the amount of allowable corrosion based on the cylinder size. A general rule of thumb would be that if the corrosion weakens the wall of the cylinder by 33% or more of its design specifications, the cylinder should be removed from service. Industries should look at any situation that a cylinder may be exposed that could weaken a cylinder. Knowing that metal cylinders exposed to high pressure and high moisture environments have an accelerated rate of corrosion. Also understanding that different metals coming into contact with a cylinder, accelerating the corrosion process, may require more frequent visual inspections. Composite cylinders have different risks than solid wall cylinders, such as chemical contact. The visual inspection process of a composite cylinder requires different techniques than solid wall cylinders. In any case, relying solely on a hydrostatic requalification to ensure safety of any cylinder may not be the safest option.

If professionals in the cylinder industry take it upon themselves to improve safe inspection procedures, they can lessen the chances of damage, injuries and failures.  They can’t rely on one inspection standard (hydrostatic requalification’s) to cover all cylinders in all situations. Ignoring concerns caused by cylinders in specific environments may cause more issues, dangers and damage. That in turn may expose the industry to legal ramifications and a reputation for unsafe working conditions. As technology changes, and the uses and environments for cylinders change, industries must adapt safe handling procedures, including more frequent inspections. Just like the dive industry, any industry using gas cylinders must be willing to assess their inspection techniques to maintain the integrity of any cylinder they use. If they don’t adapt, and come up with reasonable safety standards, a bureaucracy may step in and mandate unreasonable expectations. 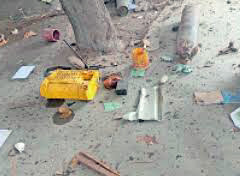 Father witnesses two sons killed when moving an oxygen cylinder. There was no training and the adult sons were just trying to help. 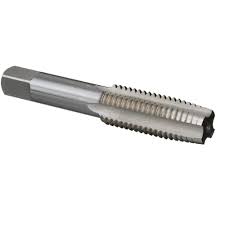